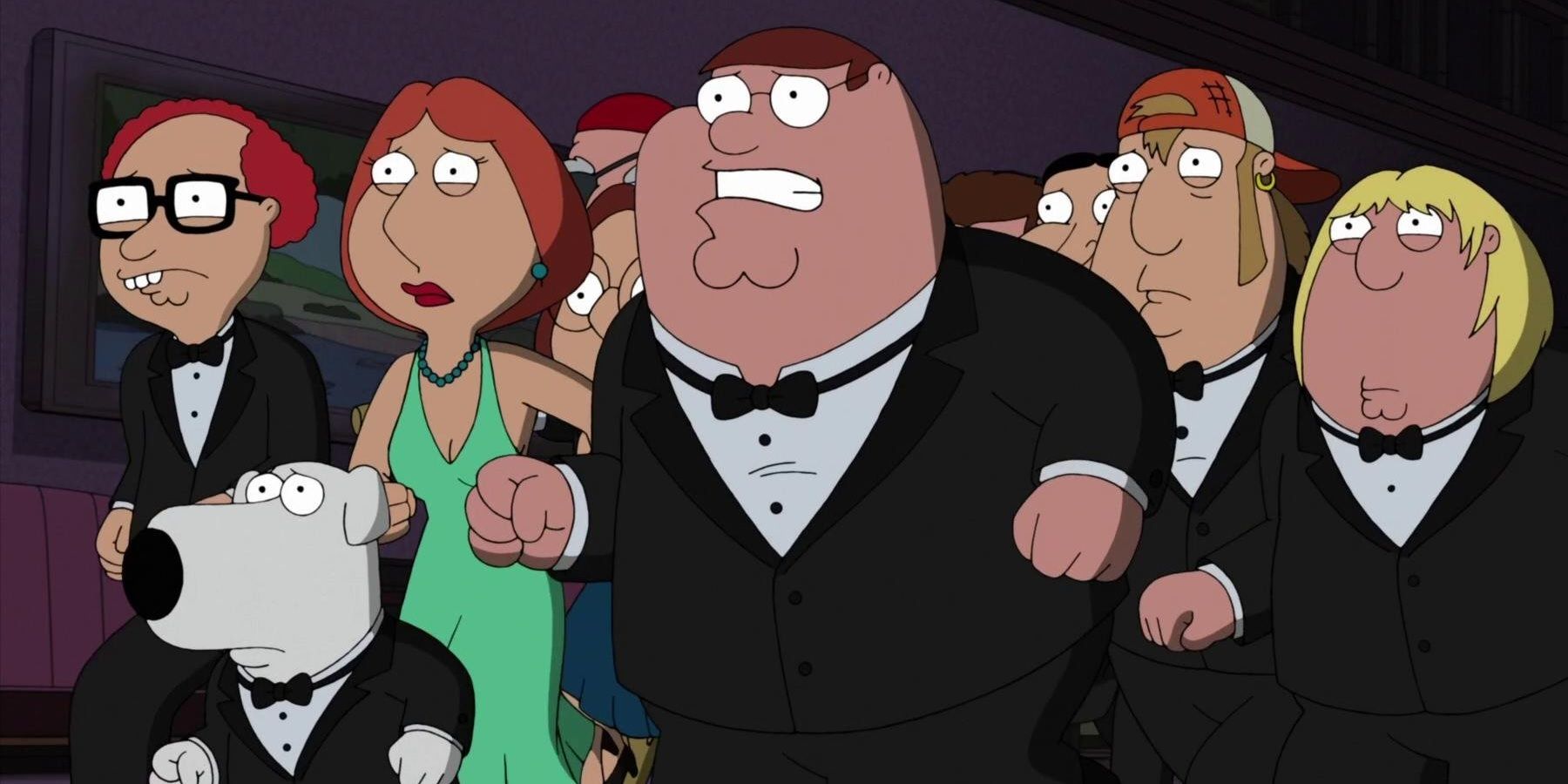 Seth MacFarlane’s decidedly adult-oriented cartoon Family Guy has amassed a huge fanbase, but it’s frequently derided by critics for its focus on non-sequiturs and lack of real plotting, which has been perceived as lazy writing. The show’s refusal to conform to TV traditions is actually one of the reasons its fans tune in every week, although everyone can agree Family Guy could do with less Conway Twitty (or at least shorter clips).

Warts and all, Family Guy’s unconventional approach has made it a refreshing counterpoint to the rest of the comedies on the air, and the writers have still managed to pull a handful of episodes out of the bag that caught critics’ attention. “Road to the Multiverse” predated Rick and Morty’s interdimensional adventures, “Blue Harvest” transplanted the show’s beloved characters into the familiar narrative framework of Star Wars for the best spoof of a galaxy far, far away since Spaceballs, and quieter dialogue-driven episodes like the special 150th episode “Brian & Stewie” always arrive as a surprising subversion of the series’ usual style.

One of the strongest episodes in Family Guy’s storied history – and one of the few with a real plot – is its hour-long season 9 premiere “And Then There Were Fewer.” It’s a spot-on spoof of Agatha Christie murder mysteries (and the movie Clue) in which the Griffins are invited to a mysterious dinner party at an island manor. The host turns out to be a born-again James Woods, who wants to make amends with all the people he’s wronged. The evening takes a deadly turn when the guests start getting picked off one by one – with the first target being Woods himself. Since everyone at the dinner table was invited there because Woods ruined their lives, everyone’s a suspect.

This plot point was taken from the episode’s namesake, Christie’s masterfully crafted thriller And Then There Were None. In And Then There Were None, eight people are invited out to a small, isolated island off the coast of Devon. While they wait for the arrival of their hosts Ulick Norman Owen and Una Nancy Owen (the mystery genre’s answer to Godot), they start getting murdered in quick succession. Christie establishes that they all have dark secrets, and meticulously stages each murder to give the right people alibis and the wrong people motives.

It should come as no surprise that the mystery at the center of Family Guy’s “And Then There Were Fewer” isn’t quite as finely tuned as an Agatha Christie literary masterpiece. No mystery writer in the decades since Christie defined the whodunit genre has managed to match her creative prowess (although Rian Johnson’s Knives Out was awesome). The twist ending of “And Then There Were Fewer” isn’t as mind-blowing as a Christie twist, which feels like the final piece of a jigsaw puzzle being pushed into place, but the story leading up to that reveal keeps the audience guessing.

Every time a suspect emerges, there’s another murder in a different room that clears their name. It may not be as sharply structured as a Christie novel, but it’s just as unpredictable. And as a comedy, it’s able to use on-the-nose humor to preserve the surprise. In one scene, as a character is being approached by the killer in a point-of-view shot, he says, “Oh my God, it’s you, the man or woman who’s been killing everybody!”

It’s appropriate that “And Then There Were Fewer” was the first Family Guy episode to be presented in HD and 16:9 aspect ratio, because it’s one of the show’s most cinematic installments. The virtual camera swoops around James Woods’ creepy mansion, the crashing waves surrounding the island look like real water, and Walter Murphy’s Emmy-nominated score perfectly punctuates each shocking plot development with tense musical accompaniment.

According to the DVD commentary, the episode originated from a text that MacFarlane sent to Family Guy showrunner and executive producer Mark Hentemann that simply read, “Murder mystery.” A common problem with Family Guy’s worst episodes is that it’ll introduce a juicy premise or raise an interesting point and then fail to really dig into them or flesh out the ideas. So, it was a nice change of pace that when the show tackled a murder mystery, it went the whole hog and permanently killed off a bunch of supporting characters. The absurdist style of Family Guy (and animation in general) means that there are rarely consequences. If Peter cuts off his arm to serve a gag in one scene, his arm is reattached by the next scene. But the murder victims in “And Then There Were Fewer” stayed dead in subsequent episodes. The shocking events at James Woods’ mansion became part of the Family Guy canon.

“And Then There Were Fewer” may not be Family Guy’s all-time greatest installment – it faces stiff competition from “PTV,” “Back to the Pilot,” and a handful of “Road to…” episodes – but it’s definitely one of the show’s strongest outings. Anybody who doesn’t believe Family Guy is capable of pulling off engaging storytelling on top of a steady stream of absurdist gags should check it out.