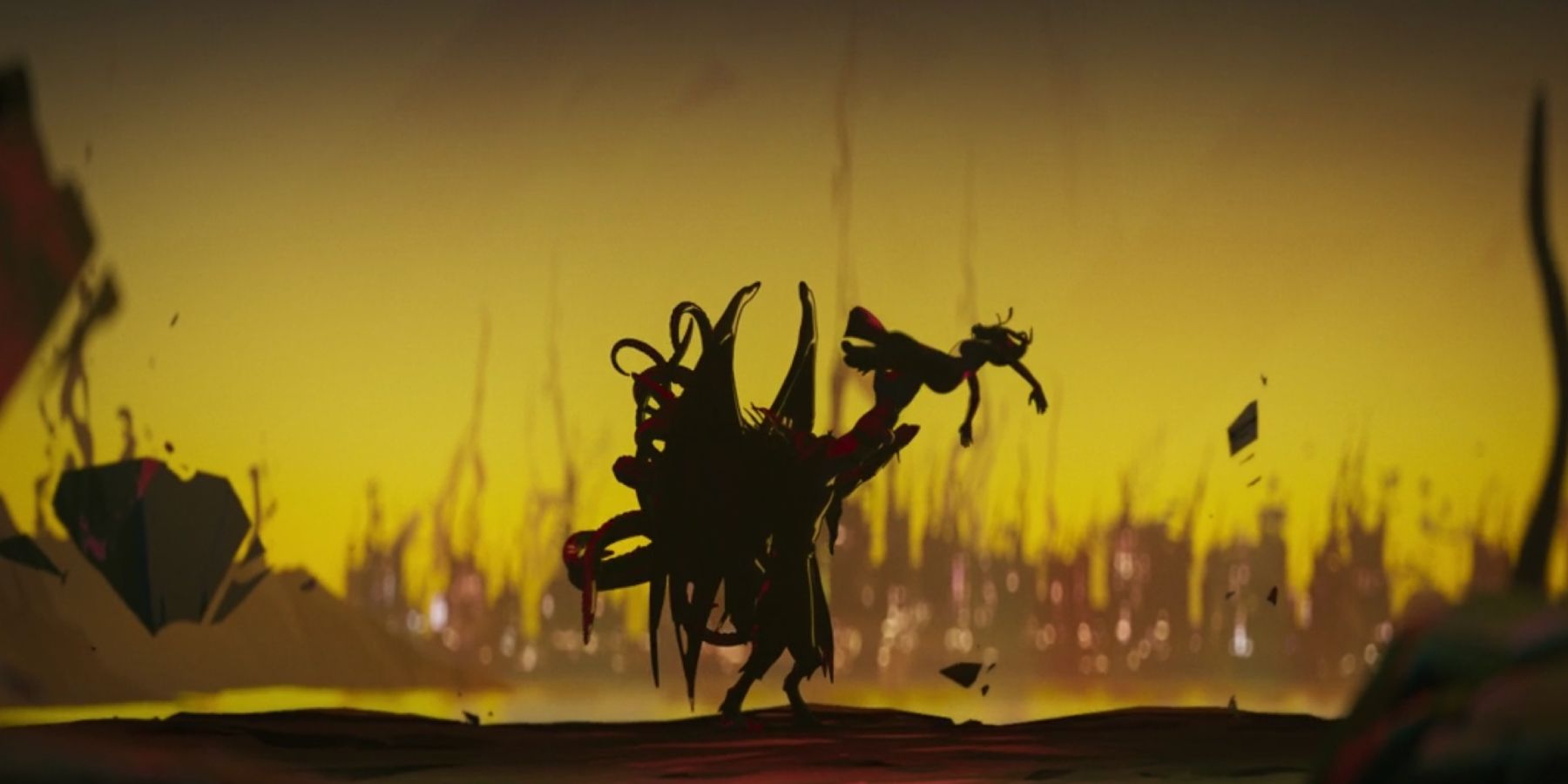 This article accommodates spoilers for episode 4 of What If…?.

The fourth episode of Marvel’s What If…? marked a number of firsts for the animated collection. While ‘What If… Doctor Strange Lost His Heart Instead of His Hands?’ wasn’t the primary episode with a darker tone than followers are used to (that title belongs to the third episode), it marks the primary to have a really sad ending. No small glimmer of hope, no bittersweet lesson from a beloved character, simply Doctor Stephen Strange (Benedict Cumberbatch) watching the universe collapse round himself. The episode can also be the primary to have Uatu (Jeffrey Wright), identified higher because the enigmatic being the Watcher, work together with the universe What If…? takes him to.

For the previous three episodes, the Watcher has been the information to every new universe the viewers have encountered — performing because the Rod Serling of Marvel’s model of The Twilight Zone. Uatu pulls viewers in, units the scene, and lets the motion play out because it’s speculated to be. There isn’t a lot identified concerning the mysterious Watcher but, however considered one of his guiding rules is his refusal to intervene in any universes. But in ‘What If… Doctor Strange Lost His Heart Instead of His Hands?’, his fingers are nearly pressured into the motion, casting an attention-grabbing query to followers: may Uatu play a much bigger half in What If…? than first predicted?

RELATED: What If…? Is Proving How Easily Heroes Can Become Villains (And Vice Versa)

It may very well be very attainable, particularly as this fourth episode takes the collection into uncharted waters. Instead of a retelling of a previous MCU story with a unique character or consequence, ‘What If… Doctor Strange Lost His Heart Instead of His Hands?’ offers with a personality instantly attempting to vary occasions of their respective universe. After dropping his on-and-off girlfriend Christine Palmer (Rachel McAdams), Doctor Strange finds himself on the trail followers are aware of — learning beneath his mentor The Ancient One and coming into contact with the mysterious Eye of Agamotto — however as a substitute makes use of his mystic powers to try to forestall Christine’s dying. No matter what he tries or hoops he jumps via, he can’t save her. When Strange first receives the Eye, he senses that the Watcher is there, main viewers to consider that the mysterious being might have wished to intervene, however didn’t. Instead, he lets Strange spiral down his path reasonably than threat different realities.

But The Ancient One has break up Strange into two — now one who confronts his grief and one other named Strange Supreme, who will cease at nothing to carry his love again, even when it means siphoning energy from different creatures. The good Strange isn’t any match for the darkish and twisted model of himself and is defeated, lastly bringing Christine again to him. But Strange Supreme has morphed right into a monster that frightens the guy surgeon, and actuality has been torn aside.

It’s at this second that Uatu seems out of skinny air, watching the universe fray away. Strange begs the Watcher to assist him repair what he has triggered, however the Watcher has no variety phrases for the sorcerer. Uatu reminds him that meddling with time and the course of occasions “only leads to more destruction.” With the bomb dropped, the Watcher disappears and lets Strange settle for his destiny — Christine dying in his arms as soon as once more and a ravaged universe round him.

Every earlier episode of What If…? has ended the identical: viewers are taken away from the visited universe because the Watcher reminds us as soon as once more that he is not going to intervene with the lives of these he exhibits the viewers, solely observing. ‘What If… Doctor Strange Lost His Heart Instead of His Hands?’ simply ends after Strange is surrounded by darkness. There isn’t any heed from Uatu to information us into the subsequent episode. It’s as if What If…? is shedding its anthology construction for one thing a bit extra episodic, giving extra room for guidelines to be damaged and characters from earlier episodes to be revisited.

But does this imply that the Watcher might lastly let go of his “do not interfere” rule? As the tales advised in What If…? get extra drastic and world-altering, he might need to. Only 4 episodes in, it solely feels just like the narratives will get wilder and the characters extra determined to vary their respective universes. Plus, if the promotional footage for the collection is something to go by, the Watcher will finally workforce up with fan-favorite heroes to defeat one thing, however when that may occur or even when it can are nonetheless up within the air. One factor is particular, although — Uatu is able to way more than viewers thought, and this can be just the start.

What If…? is at present streaming on Disney Plus with new episodes obtainable on Wednesdays.

MORE: What If…? Episode 4 Easter Eggs